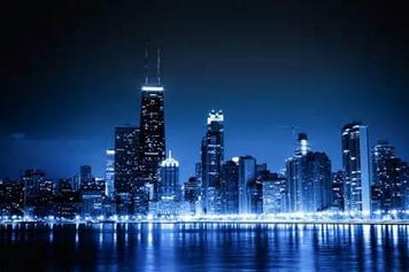 It's dusk
and bats shriek out of cave mouths
in their hundreds,
screech their hunger,
flap loud those leather wings.
You're drawn to the window,
the swift movement of the night air,
the darting silhouettes of dark memory.
They're a death cloud
masquerading as the living.
They circle the house.
The smell of your musk excites them
The child in your stomach
presses ear to bone,
shudders with sonar.
You feel baby kick a little,
hear it chant to these fanged flyers.
The bat cave is somewhere
in the woods
but try telling that
to your stomach.

﻿the humming jaws of that which knows you,
the fearful chorus of the blood,
the large things watched/
small instances surrendered to,
tracing the curve of the insatiable
with white outline flesh, flickering elbows,
the dash of something furry down your rolling gut;
hastening, with volcanic breathy
the polygamy of eyes, of terrible staring
beyond four-poster abyss,
the dimming fortunes of sleep
and here and there, a shadow on your breast,
shaped by deeper grins, by whispered incantations,
the damning rites of wish-fulfilment
the curse of it, in gathering malt liquor
storm, your own incubus pounding on the
doors to your waist, while the cavalry
on the dresser surrender,.-the crippled
rose; a photograph, that bearded medicine;
even a silver cross parked, you now know,
in this supernatural tow-zone of your
starkest desires
come to me, your words turn themselves over,
to spread the jackal moonlight evenly:
come to me, lips diving in after the
redolent breath of caterwauling darkness;
come to me, ecstasy like a sprig caught
in your throat, choking the devil's
vocabulary out of your succulent instant
crushed by the legions of the underworld,
festooned by their belligerent flames,
your passion, like too heavy suitcases,
crashes to the floor of your feeling,
shudders your crystal-lamp bones,
echoes through the parched porch-rails,
that hold you to some quivering house of sanity
come to me, beyond the envelope of sheets,
words razor, contort, turn knobs to secret
places, poke free the eyes of blind men,
push compromise under moving buses;
come to me, wants bloom like mutant flowers,
sate with their own stormy pollen,
their desperate conclusions,
claw at the odd-shaped petals,
"It loves me, it loves me not."﻿